Not In Our Name!

Following the atrocities in Paris members of our Women's Voices group in Darnall decided that they wanted to say, 'Not in our name!'
One of the members of the group who decided to join in is a Christian and she said that the indiscriminate bombing of ISIS territory in retaliation for the atrocities is not in her name too.
Most members of the group didn't want to show the whole of their face on-line. Some were afraid they might be victims of hate crime. Some wanted to conceal their faces for religious reasons. 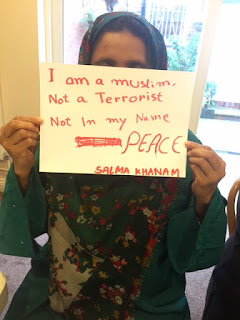 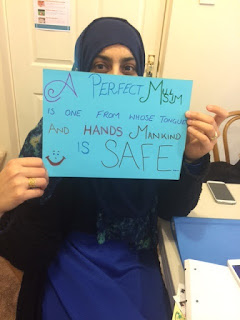 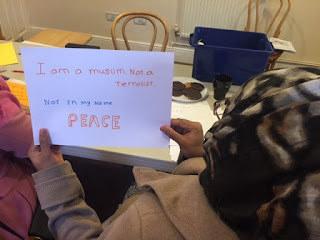 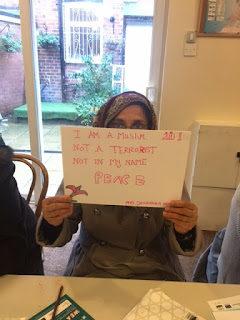 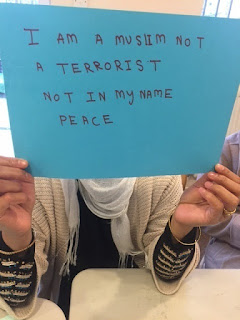