Celebrating our shared heritage with a spooky Hallowe'en experience

Thanks to sponsorship from Celebrate England, Meadowhall and British Land we bring you another chance to celebrate the shared heritage of people living in England - a spooky Hallowe'en experience for children and their carers! 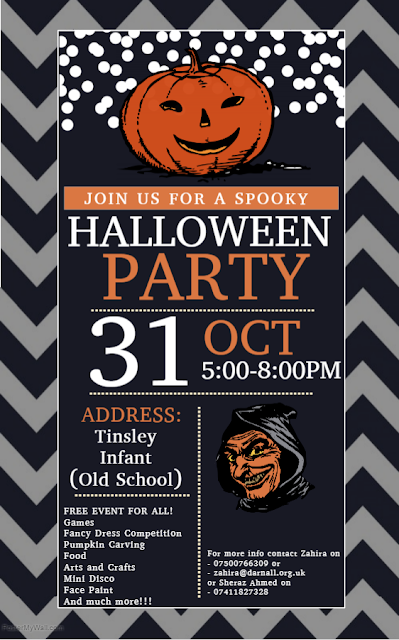 Instead of going out frightening your elderly neighbours, why not come along and have some spooky fun with us instead? And find out more about some other Autumn English traditions, Mischief Night and the Gunpowder Plot.

OK, 'trick-or-treating', which is either very annoying or a lot of fun depending on your point of view, is an import from America. Hakllowe'en pumpkins are also an American import. Originally, a 'Jack-o-lantern' or Hallowe'en Lantern, was made by carving a turnip - but pumpkins are bigger and easier to carve! The tradition of carving humble turnips at Hallowe'en reminds us though, that Hallowe'en is originally an English custom.

Hallowe'en has its origins in All Hallows Day, November 1, when Christians remember all the faithful departed and sometimes light candles in their memory. Hallowe'en, the evening before All Hallows Day, became celebrated as the night when the souls of the dead are allowed to wander the earth!

Some people link it with an earlier Pagan harvest festival called Samhain which pre-dates the arrival of English culture in these islands.

Whether that's true or not we can all celebrate Hallowe'en today as a harmless chance to have fun and frighten ourselves a little bit.