News from our Annual General Meeting

The MINUTES of the meeting held on Wednesday 3 October 2018 were agreed to be a true record.

MATTERS ARISING: Neil explained the reference to ‘conversion courses’, which means people converting overseas qualifications so that their qualification can be recognised in the UK.

CHAIRPERSON’S REMARKS:
Due to pressures on the charity’s income the charity had to sell the post office last year. Other financial pressures continue. At the end of last year staff had to agree to reduce their hours and the amount they are paid to permit the organisation to continue. The Chair thanked the staff and the trustees for all their commitment, help and support.

WHAT WE HAVE BEEN DOING
Zahira spoke about her work, funded by Sport England, the Police and Crime Commissioner, Awards for All, Meadowhall and Darnall Area Trust Fund. Our events are designed to help integrate the community, build the capacity of individuals and organisations, improve people’s health and discourage anti-social behaviour.
Nazia talked about adult community learning, which she manages. Most of the funding comes from the Council who in turn are funded by the Education and Skills Funding Council. Most of the courses are in ESOL or IT but we also do some designed to promote residents’ wellbeing. About 250 people are enrolled on courses at any one time.
The owner of Syd’s Fitness Centre thanked the Forum for helping to reconstitute his gym firm as a Community Interest Company. He is now able to offer increased support to local residents

FINANCE REPORT
Neil gave the financial report for 2018. The income went up by nearly £3,000 to £116,971 but expenditure went up by nearly £28,000 to £139,433. The reserves of the Forum therefore went down to £17,686. The annual report and accounts were circulated at the meeting and are available on the Charity Commission website. Neil was asked where the income came from and he gave a breakdown of what we received. The full list can be seen in our accounts.

COMMUNITY ISSUES
There is a regular meeting for community organisations  which the Forum helps to facilitate. Attendance is patchy but this is a good way of trying to help different groups and address things which they think are important. The chair read out a list of the groups which had been approached and which we believe is comprehensive.
There was a complaint that some communities are neglected compared to others. The Somali community felt disadvantaged compared to others. The Chair said that every organisation in the community had been invited to the community groups’ meeting.
One of the tutors said that we now have a lot of Somali learners coming to our classes - male and female. There is also a Somali women’s group which has its own classes.
The Forum was asked about local provision for young people. The Forum promotes a number of integration events and activities, including a number of activities at Syd’s Fitness Centre CIC designed to integrate people from different communities. There are two youth clubs, Ibrar’s and Sheffield Futures. Neil said that the Forum wasn’t able to concentrate on youth work. It has neither the funding nor the expertise. We recruit young people and point them to other organisations which offer specialist support.
It was pointed out that government austerity has bitten deep into community work and has led us to the precarious position that we are in now. Many of the same activities are going on, and are being well attended, but communication has got worse in the last year because we have no one to update social media any more. We rely more and more on word of mouth. The Chair said we are doing our very best to keep the organisation going because local people find it is benefitting them. More volunteer support would be welcome.
Syd’s Fitness Centre CIC is happy to help communicate with young people. We have arranged a DWP meeting there with young people so that they can find out their views.

ELECTION OF TRUSTEES
Two new trustees were elected by the meeting.
Posted by Darnall Forum at 21:47 No comments:

NEW Date & Time for Our AGM

We couldn't find space in our building for all the people who said they were coming to our AGM on 16 October so we've had to move the date and choose a new time. 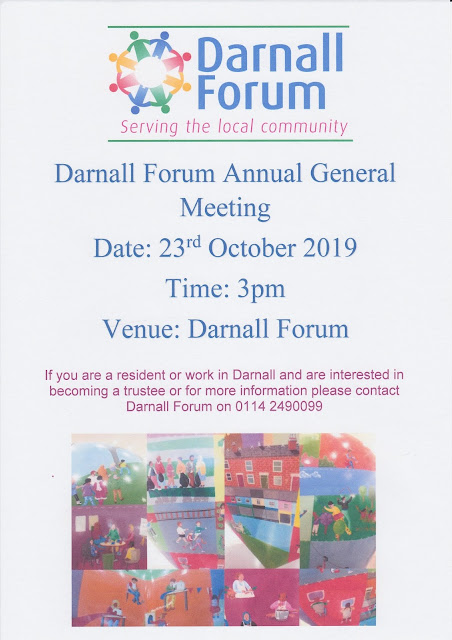 Posted by Darnall Forum at 20:16 No comments: Our annual accounts can be inspected on the Charity Commission website.
Posted by Darnall Forum at 23:05 No comments:

Thursday 25 April at The Church of Christ "Making Our Voices Heard": Take part in the Festival of Debate 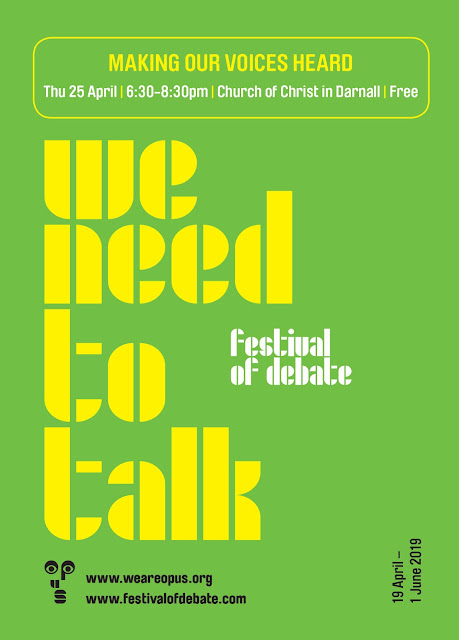 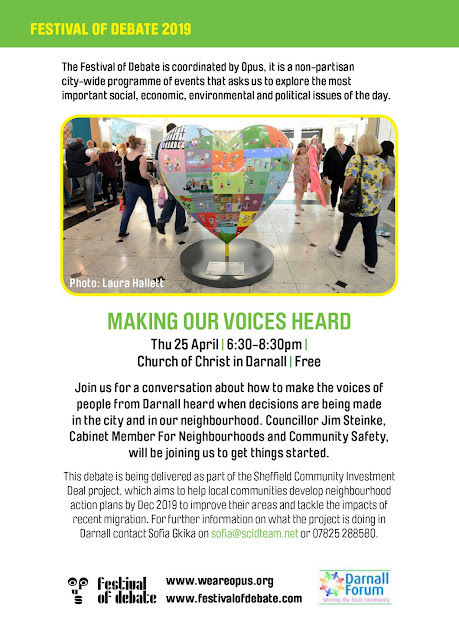 The picture shows the Darnall Heart, donated to the people of Darnall by Meadowhall and British Land, which depicts scenes from life in Darnall. It was created by the artist Laura Hallett and can be viewed in the waiting area at the Darnall Primary Care Centre on Main Road.
Posted by Darnall Forum at 12:50 No comments:

Life in the UK Course 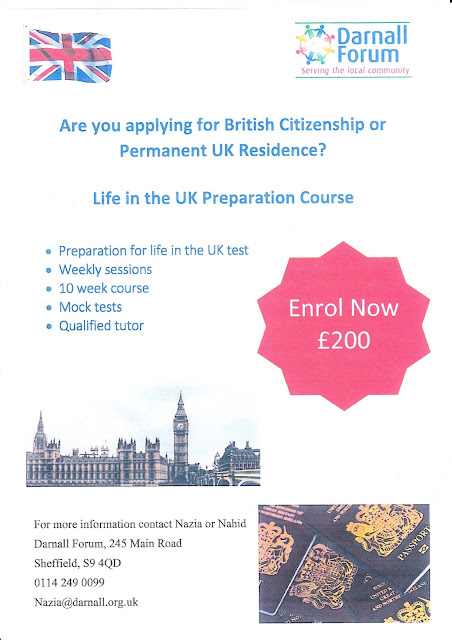 Posted by Darnall Forum at 23:25 No comments:

Posted by Darnall Forum at 15:55 No comments: